Hold Tight To The Past

“The upshot of all this? Ain’t much new under the sun. Sometimes we need to get away from being explorers of new shooting worlds and become archaeologists instead, digging through the sands of time for old concepts which worked but were sadly forgotten.”

This is an important issue that isn’t getting enough attention by policy-makers.  The majority of drug users are not addicts and do not use drugs in a way that is harmful to society.  Responsible drug users are not out stealing things or robbing people for their habit.  The police aren’t called when they are enjoying a peaceful mushroom trip out in the woods.  People call the cops only when things go badly.  That leads the cops and the people calling them to form a negative bias towards drug use.  If the only drug users these folks see are the ones causing problems, you might understand how this bias becomes formed.

I find it curious that many of my most staunchly pro-gun friends are also very much anti-drug.  Responsible drug users and responsible gun owners are actually in very similar positions.  We shooters hate when millions of legal firearms users are judged by the actions of a single killer.  The responsible drug users feel the same way when you lump them into the same category as the mentally ill crackhead you see on your downtown streets.

Guns Sales Pre and Post COVID: What the Numbers Are Saying

One of my favorite rifle training drills.

Police Refused Service: We Have Gone From Companies To Firing Employees Who Did This To Accepting Their Behavior

A long list of incidents where police officers were refused service at various commercial locations.  My cop friends need to be smarter about this.  Pack a lunch and a coffee thermos from home.  Your meals will be healthier and you will avoid these hassles.  No one will spit in your food or add ground-up glass or hazardous chemicals to your meal.  I’m consistently amazed by my co-workers who pick up drive through fast food in a marked police car or eat food that was dropped off at the police station by random people.  Stop doing that if you want to remain healthy and sane. 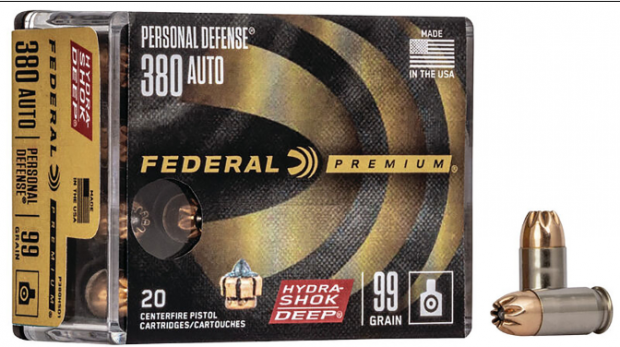 There are huge numbers of Americans carrying .380 autos for defensive purposes. Ammo selection for this caliber has always been tricky. Historically you got either penetration or expansion, but not both.

If this load does what it says it will do, it will be miles above other offerings in the caliber.

Claude shares a great revolver drill based on one of the most famous law enforcement gunfights in history.

The Daily Life Of A Drug Addict

An interesting article describing what daily existence is like for many of the opioid addicts I deal with on a regular basis.

I Asked Massad Ayoob About Saying Nothing

All of you who have been advised to never to speak to the police after a defensive shooting should watch this video.  In it, Massad Ayoob explains why exercising your right to remain silent may be a sub optimal strategy in many situations.

Mas shares some more useful information in The Orthopedic Holster.

The myth and legend of the Gray Man

A deep dive into the “gray man” concept.

Quality information about carrying, opening, and gripping a folding knife for combat.  I prefer the grip pictured above.  While a thumb on the spine grip yields better thrusting accuracy and more wrist range of motion, I see lots of people in my classes dropping their knives when using it.  I’ll sacrifice a little range of motion in exchange for being able to hold on to my knife in a fight.

Setup of the Defensive Shotgun Part 1: The Stock

The guys at Justified Defensive concepts discuss desirable features in a shotgun stock.

A quick and easy guide to mounting your own rifle scope from American Handgunner editor Roy Huntington.

I think that people who want to be better self defenders should start with becoming better verbal communicators.

Taking It In The Crotch, Is Appendix Carry For You?

Good information for you appendix carriers.

Firearm Self-Defense with Your Children Present

These are issues that must be explored before integrating children with your CCW plan.

This short two minute video of Tom Givens showing how easily pistols can malfunction answers a lot of the questions I get in my close quarters shooting classes.

This looks like another excellent optic from my friends at Vortex.  For more information click on Vortex AMG UH-1 Gen II.

A part of the equation that few people discuss.

Methods of Escaping from Handcuffs: An Overview

This is a useful skill to have…especially if you travel overseas.

The science of ricochet angles.  Thanks to Practical Eschatology for sharing the link.

One take on building a lightweight and simple rifle for the older people in your life.

In my opinion, cops are way too reliant on Tasers.  As the article states, about half the time they don’t work.  I’m also concerned about the research on Tasers and vulnerable populations.  The world would be a better place if more cops got competent at physical restraint techniques and stopped relying on an electric shock to win the fight.

Stuff like this fascinates me.  Thanks to Hock Hochheim for originally finding the article.

Some of the above links (from Amazon.com) are affiliate links.   As an Amazon associate I earn a small percentage of the sale price from qualifying purchases.

Why it is ok to cut down GREEN trees!!